Shitake mushrooms are particularly high in zinc which is a boost to the immune system. Using a variety of heritage tomatoes of different colours and flavours makes this simple meal into something special. Serves 1 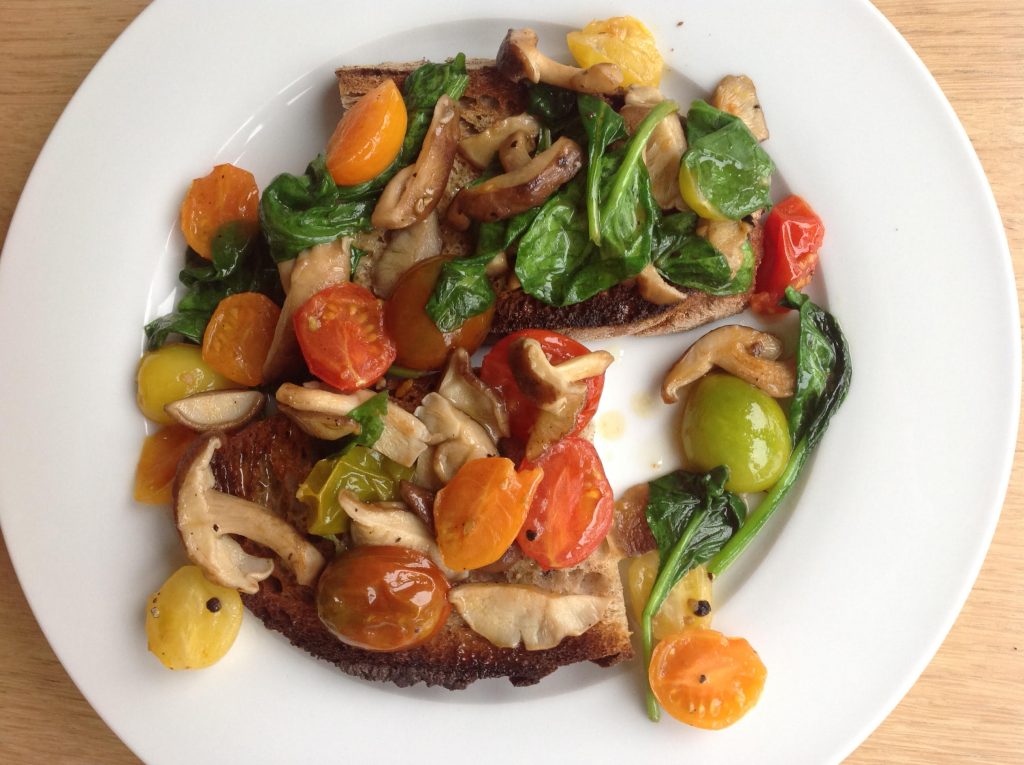 Spinach is an excellent source of vitamins K, A, C and folate as well as being a good source of manganese, magnesium, iron and vitamin B12. Vitamin K is important for maintaining bone health. However, a word of caution, while being a ‘superfood’ vitamin K can interfere with the effectiveness of some antiarrhythmic drugs including Warfarin.