Antioxidants-What are they, Why do we need them & Which Foods are the Best Sources? 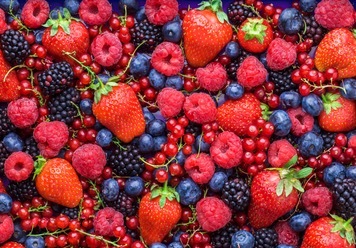 Antioxidants are compounds produced in the body and also found in foods. They play an important role in helping to defend your cells from damage caused by potentially harmful molecules known as free radicals.

When free radicals accumulate, they may cause oxidative stress. This may damage your DNA and other important cell structures.

Oxidative stress can increase your risk of chronic diseases such as heart disease, type 2 diabetes and cancer.

Eating a diet rich in antioxidants can help increase your blood antioxidant levels to fight oxidative stress and reduce the risk of those diseases. With the high incidence of these chronic diseases, it’s a dietary measure we should all be mindful of.

There are several tests scientists use to measure the antioxidant content of foods. One of the best tests is the FRAP (ferric reducing ability of plasma) analysis.

The higher the FRAP value, the more antioxidant the food contains.

All the foods listed are easy to access in greengrocers and supermarkets and they all taste great – proving that not all ‘medicine’ has to taste awful to be doing you good! From what I have read, the following sources of antioxidants are listed in descending order with the highest source at the beginning. However, its always best to try and eat a variety of sources regularly.

Choose dark chocolate with a high percentage of cacao, at least 75%, to gain the most antioxidant content. Per 100grams, dark chocolate contains nearly double the levels than blueberries and raspberries. Moreover, the antioxidants in dark chocolate have been linked to less inflammation and reduced risk factors for heart disease. There is also a link with reduced blood pressure.

Just a couple of small blocks a day will be sufficient – not the whole bar!

Cacao in raw form is also available as nibs and powder; both are suitable for vegans. Use in smoothies, on cereal, cakes, and home-made protein bars.

Pecans are a type of nut native to Mexico and South America. They are also a good source of healthy fats and minerals as well as containing a high level of antioxidants; they are also high in calories so its important to eat them in moderation.

Several studies have shown that blueberries contain the highest amount of antioxidants among all commonly consumed fruits and vegetables. In addition, research from test-tube and animal studies have shown that the antioxidants in blueberries may delay the decline in brain function that tends to happen with age. They are thought to do this by neutralising harmful free radicals, reducing inflammation and changing the expression of certain genes.

The antioxidants in blueberries are of a certain type, called anthocyanins, which have been shown to reduce risk factors for heart disease, lowering LDL cholesterol levels and blood pressure.

Like blueberries, strawberries contain the antioxidant, anthocyanin, which gives them their red colour. The darker the red, the higher the antioxidant level. Strawberries are also a rich source of vitamin C and taste naturally sweet – possibly making them the most popular berry on the planet! Consuming them might help reduce the risk of heart disease and boost your immune system.

Artichokes have a long history – people in ancient times used their leaves as a common remedy to treat liver conditions like jaundice.

Artichokes are a great source of dietary fibre, minerals and antioxidants. They are rich in another antioxidant known as chlorogenic acid. Studies suggest that the antioxidant and anti-inflammatory benefits of chlorogenic acid may reduce certain types of cancers, type 2 diabetes and heart disease.

Goji berries have been part of traditional Chinese medicine for more than 2,000 years. They are the dried fruits of two related plants, Lyciumbarbarumand Lyciumchinense. Goji berries contain another unique antioxidant known as Lyciumbarbarumpolysaccharides. These have been linked to reduced risk of heart disease and cancer, and may combat skin ageing.

Raspberries are soft, tart berries used in desserts or to top breakfast cereals, include in smoothies. They are a great source of dietary fibre, vitamin C, manganese and antioxidants. Several studies have linked the antioxidants with other components in raspberries to lower risks of cancer and heart disease. One study found that together they killed 90% of stomach, colon and breast cancer cells in the sample. A review of 5 studies concluded that anti-inflammatory and antioxidant properties of black raspberries may slow down and suppress the effects of a variety of cancers. However, an element of caution is needed because so far these are test-tube studies and more research has to be made in relation to cancer. Like blueberries they are rich in anthocyanin antioxidants.

Kale is a cruciferous vegetable, along with the broccoli and cauliflower species, Brassica oleracea. Kale is one of the most nutritious greens on the planet and is rich in vitamins A, K and C. Its also rich in antioxidants. However, red varieties of kale such as redbor and red Russian kale may contain twice as much antioxidants. This is because red varieties contain the anthocyanin antioxidants, as well as other antioxidants.

Kale is also a great plant-based source of calcium, an important mineral that helps maintain bone health and plays roles in other cellular functions.

Red cabbage has an impressive nutrient profile. Also known as purple cabbage, it has 4 times the amount of antioxidants than regular cooked cabbage. Again, this is because it contains the anthocyanin antioxidant, with the same benefits as previously described.

Red cabbage is also a rich source of vitamin C, which also acts as an antioxidant in the body and may help strengthen the immune system and keep skin firm.

Interestingly, the way red cabbage is prepared will affect its available nutrient level. Boiling or stir frying may boost its profile, while steaming may reduce its antioxidant content by over a third.

Beans are a diverse group of legumes. They are incredibly high in dietary fibre as well as being another good source of antioxidants. Broad beans contain high amounts. In addition, pinto beans, contain another particular antioxidant called kaempferol, which has been shown to have impressive benefits such as reduced chronic inflammation, and may suppress the growth of cancers in the breast, bladder, kidneys and lungs. However, research has been largely confined to test-tube studies and more human-based studies need to be done.

Also known as beetroot, the roots of the vegetable known as Beta vulgaris. They are a great source of dietary fibre, potassium, iron, folate and antioxidants. Beets are particularly rich in a group of antioxidants called betalains. These give beets their purply red colour.

Spinach is loaded with vitamins, minerals and antioxidants, and is very low in calories. Spinach is a great source of two other antioxidants, lutein and zeaxanthin, two antioxidants that may help protect eyes from damaging UV light and other harmful light wavelengths. They are the only dietary carotenoids that accumulate in the retina, particularly the macula region. There is promising research to support these two antioxidants of having special significance for certain eye conditions, age-related macular degeneration, cataracts, diabetic retinopathy and uveitis, an inflammatory condition in the middle layer of the eye, but more conclusive studies are needed.

While there is no conclusive proof of some of these well-known antioxidant sources being effective while research is ongoing, they still contain many other nutritional benefits and ideally, should be included as part of a healthy diet that provides a range of different unprocessed plant foods.