An exceptionally soft, moist cake that will keep well for up to a week – should it last that long! Quickto make and tastes good even without the topping. Serves 8. 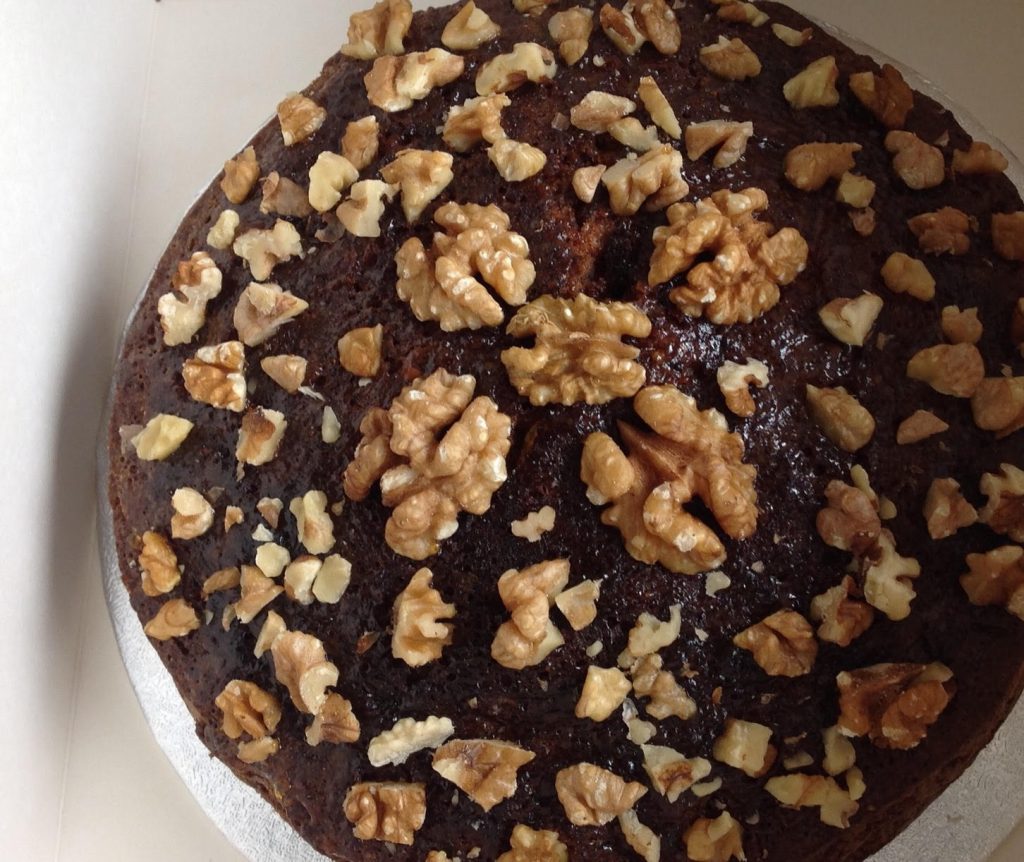 Carrots are a particularly good source of beta carotene which the body converts to vitamin A, fibre, vitamin K, potassium, and antioxidants. They have been linked to lowering cholesterol levels and improved eyesight. They contain very little fat and score low on the glycemic (GI) index. They contain pectin a soluble fibre that can lower blood sugar levels by slowing the digestion of sugar and starch. They also feed friendly bacteria in your gut and insoluble fibres containing cellulose, hemicellulose and lignan may reduce risk of constipation and promote regular bowel movements.

They are all round boost to eye health containing lutein, and skin and nail health from biotin. Cinnamon has been prized for its medicinal properties for thousands of years. It is loaded with antioxidants such as polyphenols. It helps the body to fight infections and repair tissue damage, it has powerful anti-inflammatory properties. In people with type 2 diabetes just 1g or about half a teaspoon of cinnamon per day has been beneficial to effects on blood markers. Cinnamon may improve some key risk factors for heart disease, including cholesterol and blood pressure.

Cinnamon can improve sensitivity to insulin and may have a beneficial effect on neurogenerative diseases by appearing to inhibit a protein called tau in the brain. Cinnamaldehyde, one of the main active components may help fight various kinds of infection.

But…. Not all cinnamon is created equal. Look for Ceylon (true cinnamon) which is much better than its Cassia relative. Supermarkets will be selling the Cassia variety so a trip to the health shop would be worthwhile.