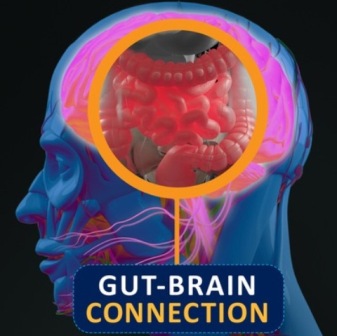 People are becoming more susceptible to depression and anxiety, or can relate to symptoms of SAD (Seasonal Affective Disorder) when the clocks go back in the autumn and our hours of daylight lessen.

The good news is, whether you suffer with low mood all year round or only as winter sets in, there is new scientific evidence to show that what you eat can substantially improve your mood.

In 2018 the link between food and mood was explored in research published in the Journal of World Psychiatry, which published an antidepressant food scale. Scientists came up with a list of foods that ‘are the most dense sources of nutrients demonstrated by the scientific literature to play a role in the prevention and recovery from depressive disorders’.

Now a new field of nutritional psychiatry is exploring the relationship between what we eat and how we feel. One of the pioneers is Prof Felice Jacka, a nutritional psychiatrist and head of the recently created Food and Mood Centre at Deakin University in Melbourne, Australia, released a book on the subject in July 2019. In Game Changer: The Good Mental Health Diet, she says ‘From all the research to date, we can safely say that the quality of adult’s diets is related to their mental health.

This may seem obvious to say and at the risk of repeating myself! Diets higher in whole foods such as vegetables, fruits, wholegrain cereals, beans and legumes, nuts and seeds, fish and olive oil are consistently associated with a reduced risk of depression. Diets higher in sugar-sweetened drinks, processed foods and refined carbohydrates are consistently linked with a higher risk of depression.

Traditional diets such as Norwegian, Mediterranean or Japanese diets are all associated with better mental health outcomes with Japan having the lowest rate of depression in the world, followed closely by Australia and the Mediterranean diets of Italy and Greece. 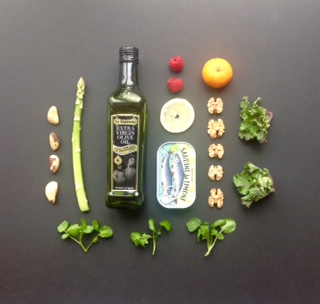 One thing the diets of Norway, Japan and the Mediterranean have in common is high consumption of oily fish – sardines, mackerel, herring, salmon and trout. In Britain our consumption is staggeringly low, findings suggest that one in five of us never eat oily fish and a quarter of us haven’t eaten any in the past 6 months.

Sadly, in the past decade, prescriptions for antidepressant medications have doubled and in Britain are at a record number.

Nutritionists are always telling us to eat more oily fish, two portions a week giving us a rich omega-3 intake of fatty acids. But why? We need these essential fats to make up the external membranes of the brain’s neurons and they are something people with depression are lacking. Why oily fish in particular? They’re rich in specific types of omega-3 fatty acids known as DHA and EPA, which our bodies can’t make, and which are prevalent in the brain. If you can’t abide oily fish, at least take a daily supplement that contains both DHA and EPA. There is some clinical research that has shown good outcomes for taking these alongside antidepressants but do talk to your doctor first.If you are pregnant the NHS advises not to get your omega-3 from fish because it can contain pollutants that are harmful to the baby.

There is a blog on the website that covers the importance of our gut microbiome but here is some further insight into how our gut influences our brain. Known as the Gut-Brain axis, our neural ‘Superhighway’ thought to be the vagus nerve that extends from the abdomen to the brain.

Damage to the intestinal wall affects the absorption of nutrients from foods that are vital to mood, especially vitamins B and D. There is some evidence that gluten can upset the balance of good bacteria in the gut and in some instances can trigger inflammation – both associated with an increased risk of depression. If someone is gluten intolerant they may have a damaged intestinal wall.

The gut is home to our enteric system, sometimes referred to as the ‘second brain’. This vagus nerve acts like a neural highway for chemicals made in the gut to get to the brain. In other words, chemicals that the microbes in the gut secrete could switch genes on and off in the gut lining, affecting the brain.

90% of our body’s serotonin (the happiness transmitter) is made in our gut, says Prof Jacka. One way this happens is because our gut bacteria influence the metabolism of tryptophan, an amino acid substance that is essential to the production of serotonin. ‘There’s now compelling evidence from animal studies that the gut microbiota influences depressive and anxiety-like behaviour and that changing the gut bacteria with specific products can influence these behaviours’.

If you want to take a probiotic supplement look for one that contains lactobacillus and bifidobacterium cultures.

A recent study in Nutritional Clinical Practice found that people who have been diagnosed with IBS (Irritable Bowel Syndrome) – which affects a staggeringly one in five people, mostly women, who were put on a low FODMAP diet that excludea number of foods including fermentable vegetables, wheat, gluten, sugar, not only saw their IBS improve but their ‘happiness and vitality’ also improved, with a lowered incidence of anxiety, depression and fatigue.

This does not mean that you should try a low FODMAP diet if you don’t have digestive issues. One aspect of the result is the psychological impact of IBS which has been shown to leave sufferers feeling more depressed and anxious than non-sufferers.

A FODMAP diet isn’t for long term use because it restricts so much valuable nutrition including those probiotic foods needed to boost beneficial bacteria. A FODMAP diet will allow the intestinal lining to heal before gradually including the foods that were excluded very slowly, and in small quantities, while symptoms are monitored.

Low FODMAP diets avoid all gluten – a protein found in wheat and wheat foods, such as bread and pasta. Some studies have shown that there is a link between increased mood disorders in gluten-related disorders, such as coeliac disease (sufferers have an immune response to all foods containing gluten). In 2018 a meta-analysis of the research, lead scientists to conclude there was indeed an association between mood disorders and gluten intake. The reason for this is not yet understood, but some theories suggest than an immune response to gluten may lead to depressive symptoms. More research is needed. However, avoiding gluten in the short term and monitoring mood might show a link for those with low mood who have not been diagnosed as coeliac. Cut out the bread and pasta but continue with a wide ranging diet to include oily fish and vegetables and fruits, etc, and see how you feel.

In today’s fast food, and reliance on a processed diet, we are unwittingly eating far more gluten than ever before across our week, and this may have had the effect we have seen in the increase of digestive and mood disorders, and certainly obesity.

Top up your vitamin D:

Vitamin D is essential for bone health, but low levels may also result in other signs, including fatigue, tiredness and muscle pain. The best way to produce vitamin D is by the action of sunlight on skin. Here in the UK we are likely to become deficient due to our lack of sunlight and darker days, especially between October and March. The dark, gloomy mornings, cold weather and long nights, together with low vitamin D can be a recipe for SAD.

The NHS recommends everyone over the age of five take 10mcg a day especially between October and March. Vitamin D is one of those supplements that we should take regardless because we can’t synthetise adequate amounts of vitamin D from the sun in winter and wedon’t get everything we need from diet alone. Added to the fact that many of us are indoors during working hours, and sensibly protect our skin from harmful UV rays when we holiday somewhere closer to the equator that has more sunlight, we are not absorbing those levels linked to well-being and good mood.

A Round Up of What Foods to eat for a Happier Winter and All Year RoundGood Mood: